In 1870s, a French naturalist Jean-Henri Fabre observed something remarkable in his study. Fabre studied insects, and one morning a Great Peacock Moth emerged from its cocoon — a female. Fabre placed the moth under a wire-gauze bell-jar so she could be studied. That evening Fabre’s son let out a scream and Fabre rushed into the room as described in his text The Life of the Caterpillar: ‘I hurry in. There is enough to justify the child's enthu­siastic and hyperbolical exclamations, an invasion as yet unprecedented in our house, a raid of giant Moths.’

This intrigued Fabre as the male moths kept flocking to the female every night, no matter where he hid her — so it couldn’t be a visual stimulation. He spent several years studying the moths and he decided that the stimulus had to be a scent — not smelt by humans — released by the female and detected by the antennae of the males. But what form could the scent be?

Chemists, biologists and entomologists continued the search for the chemicals that triggered the response, but the search was difficult due to the technology of the time. There was only one way to check whether a researcher had isolated a compound — and that was a behavioural assay which required insects to test the response to stimuli on. In 1957 a new device was developed which helped push forward research on pheromones.

The German biologist Dietrich Schneider used his expertise in electrophysiology to devise a method of detecting pheromones which didn’t rely on collecting insects. Schneider used the antenna from a male silk moth and connected two electrodes to it. When he released an extract containing pheromones from a female silk moth a signal was detected from the antenna. The device was named an electroantennagram or (EAG) — and finally gave researchers a tool that could be used to study the response to a pheromone.

One of the main uses of insect pheromones is in pest control. Researchers continue to search for pheromones to try and reduce the impact of insect pests on humans, without reaching for pesticides that may have a harmful impact on the environment. The result of pheromone research into bed bugs is discussed in this article: ‘Don’t Let the Bedbugs Bite’.

Let’s face it - we can be on the strictest of diets, but, when offered a piece of chocolate many of us find it hard to resist. Milk, dark, organic, white,...

What Does Dark Chocolate Actually Smell Like? - Chromatography Sniffs It...

Using the Agilent J&W DB-HeaveyWAX columns as the second dimenstion in c...

The effects of a fire are often devastating. After a fire has been extinguished, fire experts and forensic analysts have to work out why the fire happened, w... 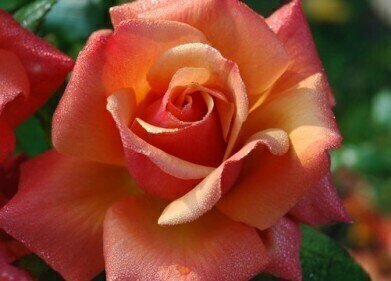 They are one of the favourite flowers of gardeners in the UK and produce some of the nicest looking flowers. But it is possibly the smell we most associate w...

What Do Roses Smell Of? — Chromatography Investigates