What's in Your E-Cig? Chromatography Investigates

E-cigarettes have been hailed as a healthier alternative to smoking. Because of that, it’s no surprise that they’ve skyrocketed in popularity in recent years. Walk around most city and town centres, and it won’t be long before you spot a dedicated vaping shop. For the uninitiated, vaping is the term used to describe the practice of using your e-cigarette, due to them producing vapour rather than smoke.

If they really are a healthier alternative, that’s fine. However, there are growing concerns about the content of e-cigarettes, and whether they’re causing just as much harm as their predecessors.

Having been used for around two centuries, there’s plenty of information on the web about what’s in cigarettes. They contain around 600 ingredients and produce over 7,000 chemicals, many of which are known to cause cancer and other diseases. From acetone, ammonia and arsenic to methanol, tar and toluene, it’s hardly a secret that cigarettes contain lots of nasties.

However, thanks to their addictive ingredient – namely, nicotine – they have remained relatively popular. There is a gradual decline in cigarette use over the past decade, which can be attributed to a combination of people quitting, but also the rise of vaping.

While the dangers of cigarette use are known, the case is not so clear for vaping. Researchers from the Johns Hopkins University used a technique of chemical fingerprinting, based on liquid chromatography/high-resolution mass spectrometry to assess the contents of four popular vape samples.

Advances in these methods are discussed in the article, ‘Recent Advances to Conquer Analytical Challenges with High-Resolution, Accurate Mass Spectrometry’.

For consistency, the tests were only performed on tobacco-flavoured products, despite countless other flavours being available. Their analysis revealed almost 2,000 chemicals, most of which were unknown, with the number of compounds increasing significantly in the vaping aerosol.

They also identified condensed hydrocarbon-like compounds, which are usually associated with combustion. Interestingly, this is something manufacturers say doesn’t happen with e-cigarettes – as the hydrocarbons generated by cigarette combustion are known to be toxic.

While manufacturers insist that vaping is healthier than smoking, the truth might be that we simply don’t know the dangers of vaping just yet.

“Existing research that compared e-cigarettes with normal cigarettes found that cigarette contaminants are much lower in e-cigarettes,” explains Carsten Prasse, senior author of the study. “The problem is that e-cigarette aerosols contain other completely uncharacterized chemicals that might have health risks that we don't yet know about."

Prasse himself became interesting in vaping products when his cousin started vaping instead of smoking – and now plans to send the study to his cousin. 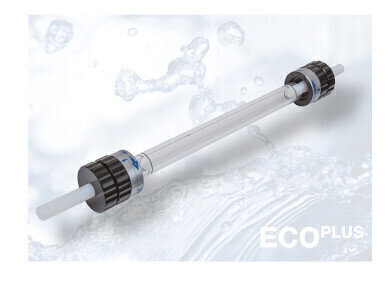