Monoclonal antibodies (mAbs) are proteins made in a laboratory and are used as antibodies in the body. They are called monoclonal because they bind to a specific epitope – the part of an antigen that is recognized by an antibody. Monoclonal antibodies are an important tool not just in medicine but in biochemistry and molecular biology as they can help researchers identify and design molecules to help fight disease and illness. But they are costly and time consuming to make. Can chromatography help reduce time and cost?

Most monoclonal antibodies start with Chinese hamster ovary cells producing the antibody required. One of the main issues with using a biological production method for monoclonal antibodies is that the final product must be purified from any cell-based impurities. If the product is not purified fully, then host cell impurities could become part of the final drug. These impurities are commonly known as host cell proteins or HCPs.

With increased demand for mAbs, research has been focussed on both upstream processes (producing mAbs efficiently) and downstream processes (separating the mAbs from the unwanted HCPs). The main downstream processes involve a chromatographic process known as Protein A affinity chromatography that purifies the antibodies from the host cell proteins. However, this process is very expensive and over 50% of purification costs can be attributed to the process. Cost effective methods are at the forefront of downstream mAb process research.

In the paper referenced above, researchers used a novel purification system to purify the HCP/mAb stream before protein A affinity separation. To check that the process works they turned to a highly sensitive liquid chromatography-mass spectrometry set-up to show how effective the HCPs were removed from the sample matrix. The use of liquid chromatography to analyse biological samples is discussed in the article, New Monodense Large Pore Silica-Based Materials for the Analysis of Biomacromolecular Compounds by Reversed-Phase Liquid Chromatography.

The team report that the use of the novel purifier alongside Protein A affinity chromatography resulted in the removal of problematic host cell proteins. The use of the purifier could lead to a reduction in the number of downstream polishing steps. This could reduce the cost and time of manufacture of monoclonal antibodies 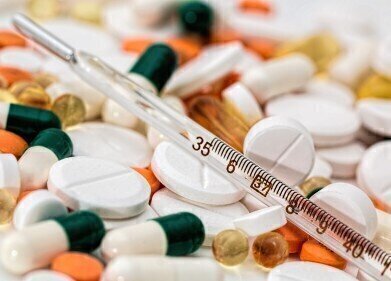