How Do Plants Cope with Stress? Chromatography Explores

When you’re dealing with the twists and turns of modern life, the day-to-day responsibilities of a plant might seem like a stress-free alternative. But in truth, plants do have high-pressure conditions of their own to contend with. So how do they survive them? That’s what a team of researchers at Madrid’s Center for Biological Research (CIB) set out to discover.

Why does plant stress matter?

While stress for humans might look like unpaid bills, relationship problems or trouble at work, for plants it generally means harsh conditions such as cold temperatures, hot temperatures, flooding or drought.

The need for plants to survive these conditions is vital to farmers and the communities that rely on them. After all, if one bout of bad weather is all it takes to wipe out their crops, there could be devastating consequences time and again for everyone involved. At the very least it could cause disruption within the supply chain for food manufacturers.

To get a better idea of how plants react to stress, researchers at CIB analysed the genes of Arabidopsis thaliana – a small flowering cress found in Africa, Europe and Asia. When exposed to cold, they found a gene which coded for a flavin-containing monooxygenase (FMO) – specifically, FMO GS-OX5.

Further analysis revealed a number of other FMO genes were present in the plant during cold conditions. The significance? In animals, FMOs are known to create trimethylamine N-oxide (TMAO) to help them cope with stressful conditions. It does so by functioning as an osmolyte, helping cells maintain their fluid’s properties and preventing proteins from becoming misfolded in changing conditions.

Checking for TMAO in plants

The next step in their research was to check for TMAO in the model plant – Arabidopsis thaliana. Researchers did so and confirmed its presence using liquid chromatography–tandem mass spectrometry – a method discussed in the article, ‘The Only Thing Faster Than Ultra-Fast Is Instantaneous’.

Finally, researchers wanted to find out how TMAO functioned within the plant – and whether it was similar to its role in animals. Treating Arabidopsis thaliana with tunicamycin allowed them to provoke the reaction of cold or drought conditions.

The plant’s roots grew more slowly as a result of the proteins unfolding. However, when supplemented with TMAO, the effect was mitigated – demonstrating effective protection from stressful conditions.

TMAO was subsequently detected in tomato, maize and barley plants as well as a relative of the tobacco plant – with levels generally rising when plants were subjected to stressful conditions. With more research, it’s hoped the findings could contribute towards better agricultural yields

It must be said, blue foods are in something of a minority. Blueberries and blue smarties are about as far it goes. Blue is one of the most challenging colou...

It has been known for over fifty years that there is a genetic component to autism when researchers found that identical twins often shared the condition. Sc...

What is the Dyrk1a Gene and How Does it Affect Autism? - Chromatography... 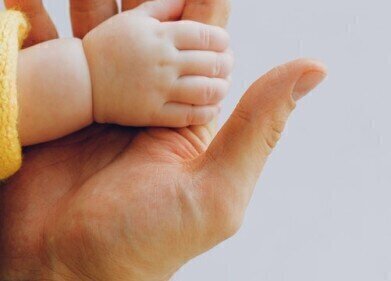 Pregnancy and childbirth are amongst the most natural processes humans encounter. Evolution drives us to reproduce and keep the species going, making babies...