From gas chromatography and HPLC to ion-exchange, gel permeation and affinity, there are various different types of chromatography to choose from. But there are also some other ways in which these methods can be categorised. One is the distinction between targeted and non-target analysis. Read on as we discuss what exactly non-target analysis means…

The best way to define non-target analysis is relative to the targeted analysis most people are more familiar with. Put simply, targeted analysis refers to the process of looking for certain, known chemicals. Researchers will know their characteristics, such as retention times and mass spectra, so they can target them specifically.

As a result, targeted analysis does not assess other chemicals that are present in a given sample. By limiting the amount of data being measured, they can increase selectivity and sensitivity.

So what about non-target analysis? Well, in short, it’s quite the opposite. Non-target analysis (NTA) aims to identify all chemicals present in a given sample. While it’s not possible to detect everything, researchers can use NTA to identify both known and unknown components for a better idea of a sample’s makeup.

The central benefit of non-target analysis is that it gives a more complete picture of what makes up a sample. That lends it to a wide range of applications, including food testing, environmental analysis, metabolomics and the oil industry.

If researchers want to find a biomarker for a certain disease, for example, they’ll need to conduct non-target analysis to get a broad idea of the components within patient samples – and lots of them.

Another common example is the presence of harmful chemicals in the environment. Non-target analysis can be used to produce a more comprehensive sample set for future work, as discussed in the article ‘Comprehensive, Non-Target Characterisation of Blinded Environmental Exposome Standards Using GCxGC and High Resolution Time-of-Flight Mass Spectrometry’.

Non-target analysis is expected to become more in-demand and dominant in the coming years with new technologies developed specifically with NTA in mind. That includes high-speed and high-resolution mass spectrometry as well as multidimensional chromatographic separations. Most importantly, that technology will need to be able to process high amounts of data into useful chemical information.

That doesn’t mean, however, that targeted analysis will become obsolete or even less important. Once chemicals have been identified, targeted analysis is critical to identify them in new samples and continually monitor them. That could be the identification of known biomarkers for a disease in a given patient’s sample, to use one of the scenarios above. 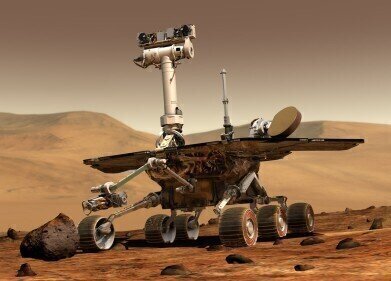 What is GC-MS Used For?