How Safe Are Your Toys? — Chromatography Investigates

There have been several reports recently that could be of concern to parents. The reports concern children’s toys and toxic chemicals that could be found in plastics that are then used in toys.

The chemicals concerned are chemicals that are originally used for safety reasons in a wide range of goods as flame retardants. So how have they found their way into toys and how concerned should you be?

Brominated flame retardants (BFRs) are a class of man-made chemicals that have been used for several decades to make some products less flammable. There are several different classes of BFRs that are commonly used in plastics, electronic equipment and textiles. These include:

Possibly the largest industrial use of BFRs is in the electronics industry. For example, in your computer you will find BFRs in the circuit boards, the cables and connectors and the case holding everything together.

But safety issues concerning BFRs — including environmental concerns — means that their use is heavily restricted in Europe. But that hasn’t stopped them turning up in toys and food containers — and it seems the culprit is bad recycling.

A recent report published in the journal Environmental Science: Processes and Impacts suggests that the mixing of BFR-containing waste plastics with virgin material could be behind the finding that BFRs are found in toys. The team behind the paper found bromine and antimony in toys — two elements often found when flame retardants are present.

They then performed further analysis on other compounds like rare earth elements and plastic type — and determined that the source of many of the BFRs came from the same waste stream — the plastics used in computer and laptop casings. In an article in Chemistry World, Andreas Buser, an expert in BFRs said:

‘This study confirms once again that inappropriate recycling practices may lead to contamination of consumer products such as children’s toys with banned persistent organic pollutants. These pollutants need to be eliminated from recycling streams as quickly as possible to avoid them from being in circulation for an extended period.’

There is not enough evidence to suggest whether the BFRs are at levels high enough to cause damage. Toy manufacturers argue that toys from reputable manufacturers and genuine toys are safe — beware the counterfeits.

The standard method to test plastics for flame retardants is to use gas chromatography with mass spectrometry (GC-MS). As our understanding of the role of toxins in the environment increases — analysts search for better techniques and method to determine toxins at ever lower levels. Such a search is discussed in the article, PAL SPME Arrow: An Evolutionary Step Forward for Solid-phase Microextraction (SPME).

How PFAS Detection Using Chromatography Has Changed Over Time 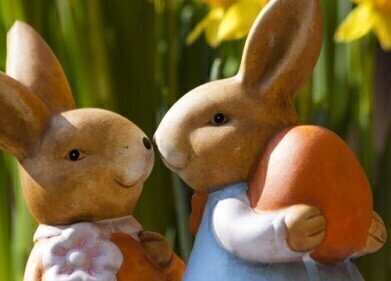 The market in the UK for supplements and vitamins is growing year-on-year with sales of over £400 million — and it is estimated that around half of us tak...