How Complex and Diverse Are Different Beers? Chromatography Explores

From the different types of beer like lagers, porters, IPAs and sours, to the countless brands and varieties available for each of those categories – there are potentially endless beers available to a modern drinker.

Some will swear by a particular type or even brand. Others are open to trying anything. Those who opt for other drinks altogether might even suggest that all beer tastes roughly the same. But who is right?

Are beers so complex?

Read the label of most craft beers and you’ll be told to expect a long list of unique flavours, from citrus to chocolate and everything in between. Then check the ingredients, and you’ll see a much simpler list of malt, hops, yeast and water.

That’s especially true for German brewers, who are subject to Purity Law. Originally dating back to 1516, the law prohibits the use of anything other than the four ingredients listed above in beer.

Can such simple ingredients really product such complex flavours? Some would argue not, putting our preferences down to great branding. Or perhaps it’s the environment in which it’s consumed. Most people are familiar with the idea of “holiday wine”, which tastes great on the coast of Italy but not so great when you bring it back to your own less than Mediterranean lounge.

Fortunately for those who swear by the complexities of beer, several studies have already been conducted which back this way of thinking. Compounds have been identified that add citrus, floral and even black-currant notes to the smell and taste of beers.

It’s not just the ever-growing range of modern hops that impart these flavours either. Specific acids are produced in the fermentation process, while trace compounds like phenolics and vanillin have also been identified using liquid chromatography and time-of-flight mass spectrometry. The improvement of similar liquid chromatography techniques is discussed in the article, ‘Considerations for Sample Injection in High-Throughput Liquid Chromatography’.

Putting 400 beers to the test

Despite some of the specific findings above, the question still remains whether there is quite so much variety in different beers – or just a few ingredients and processes which can set them apart into different groups.

That’s what a team of researchers in Munich aimed to find out. They used two mass spectrometry techniques to analyse 400 samples of beer from all over the world. The first method determined their chemical diversity, while the second identified the exact molecular structure in a 100-beer subsample.

All in all, they identified more than 7,700 chemical formulas, each with up to 25 molecular structures. The result is tens of thousands of unique molecules making up each beer’s flavour, aroma and even appearance. So, next time you take a sip, it’s probably worth savouring it to truly appreciate the unique flavour! 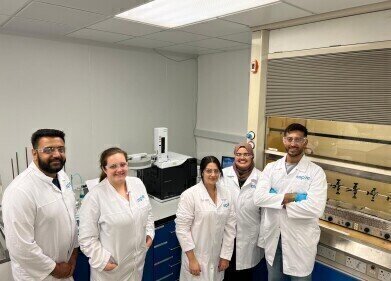 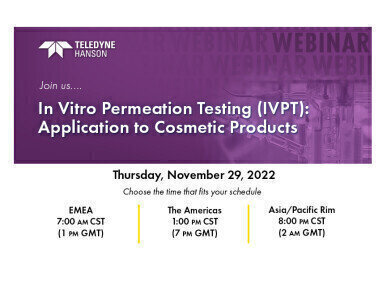