Helium: Finding a Suitable Alternative for your GCMS Analysis

Pheromones play a vital role in the animal kingdom, sending out signals to members of the same species to trigger a social response. They vary from alarm pheromones (sending out a warning) to trail pheromones (leading others to a food source).

Another well-known variety are sex pheromones, which are released to attract other individuals from the same species. But can these pheromones actually tell us more about the animals that release them?

House mice are known to have major urinary proteins (MUPs), which bind and release pheromones along with other volatile organic compounds (VOCs) as a form of chemical communication. It’s already known that this urinary scent attracts females, and that the scent from more dominant males is even more attractive.

What’s not known, however, is whether those MUPs and VOCs correlate with reproductive success. A team from the University of Veterinary Medicine Vienna decided to find out…

Researchers studied house mice, living in large semi-natural enclosures to see how the different compounds correlated with reproductive success. After releasing mice into four indoor enclosures, they monitored the excretion of MUPs and VOCs, and recorded the relevant social behaviours for 16 weeks.

Urine was collected at 4-week intervals, with urinary proteins measured and VOCs quantified using gas chromatography coupled with mass spectrometry. The use of similar methods to analyse volatile compounds is discussed in the article, ‘Analysis and Identification of Mezcal and Tequila Aromas by Ambient Ionisation MS, GC-MS, and GCxGC-MS’.

The other predictor of male reproductive success, as you might expect, was social status. This was similarly associated with differences in the excretion of MUPs and VOCs. It’s thought the overall effects of pheromones on reproductive success could be down to male-male competition, female mate choice or a combination of the two.

In other words, the excretion of MUPs may have deterred rival males from entering the territory of a more dominant individual. Alternatively, it could have specifically attracted females to a specific male or his territory. Or perhaps both were in play.

Interestingly, the team also compared their findings to the MUPs and VOCs from mice in standard cages – those typically used in lab studies. They found several differences, pointing towards evidence of a difference in pheromones because of the competitive conditions.

Helium: Finding a Suitable Alternative for your GCMS Analysis

The demand for ethanol-based hand sanitisers shot up in 2020, thanks to the outbreak of COVID-19 across the world. That’s no surprise, given that the eth...

Is There Enough Ethanol in Your Hand Gel? Chromatography Investigates

The multishot pyrolyzer EGA/PY-3030D is the state-of-the art vertical furnace pyrolyzer, equipped with a programmable ceramic heater (up to 600°... 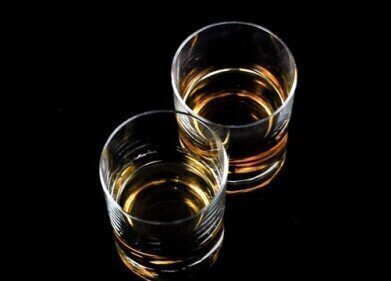 Peaty, woody, floral and fruity are just a few of the words that can be used to describe the flavour of a malt whisky. There are many factors that contribute...

Chromatography Investigates the Role of Terroir in Whisky