A recent development by scientists working in the United States could bring increased medical benefits for a much lower cost, and the technology has gas chromatography at its heart. ARDS - acute respiratory distress syndrome - can be a life-threatening condition if it is not diagnosed and treated quickly. In a paper published in the journal Analytical and Bioanalytical Chemistry, researchers report how they have developed a portable device based on two-dimensional gas chromatography that offers rapid and accurate analysis of ARDS.

Acute respiratory distress syndrome is a potentially life-threatening condition. It usually occurs in conjunction with a serious existing condition, developing rapidly when a patient has an infection such as pneumonia. When a patient suffers from ARDS, the lungs struggle to provide enough oxygen to the other organs of the body. Symptoms include a severe shortness of breath, tiredness or confusion and feeling faint. Many people develop ARDS when they are in hospital, but the NHS recommend dialling 999 immediately if anyone has any breathing difficulties.

The syndrome occurs when the lungs become inflamed due to infection or injury. The tiny air sacs in the lungs fill with fluid from nearby blood vessels that leak as a result of an inflammation or injury. The fluid in the lungs makes breathing difficult. Inflammation is caused by factors including pneumonia, blood poisoning, inhalation of toxic chemicals or smoke, or a severe chest injury. There is currently no specific test to diagnose ARDS - which is why any tools to help deliver an earlier diagnosis of ARDS are important news.

The current method for diagnosing ARDS involves chest X-rays and blood tests. These tests expose the patient to radiation and blood tests are invasive with several hours required for the results. The tests have to be repeated regularly to determine whether any treatment is working. The team from the USA have developed a shoe-box size machine that uses gas chromatography to distinguish between ARDS and non-ARDS causes of respiratory failure. Chromatography is used to analyse many different samples from the human body including urine, as discussed in the article, Workflow solution for antidoping analysis including steroids in urine with GC-QqQ and GC-HRAM.

The device, developed by researchers at the University of Michigan, uses a patient’s exhaled breath and can deliver almost real time results on a patient’s condition. This allows doctors to determine whether the current treatment is working effectively. Test results show that the device can diagnose ARDS with nearly 90% accuracy in just 30 minutes. In a press release one of the developers Kevin Ward stated:

‘By utilizing exhaled breath, the technology we have developed solves both problems and opens up significant opportunities to allow us to treat earlier and to develop a host of precision medicine therapies for ARDS.’ 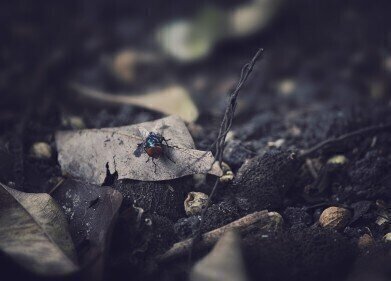